Not only this can be the immediate results of deploying a handling robot in your operations. 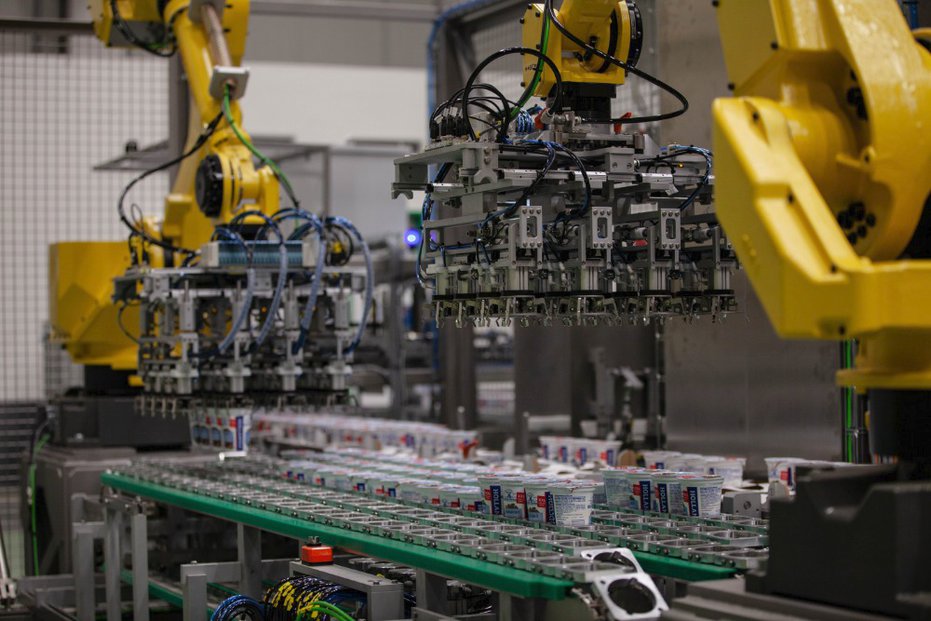 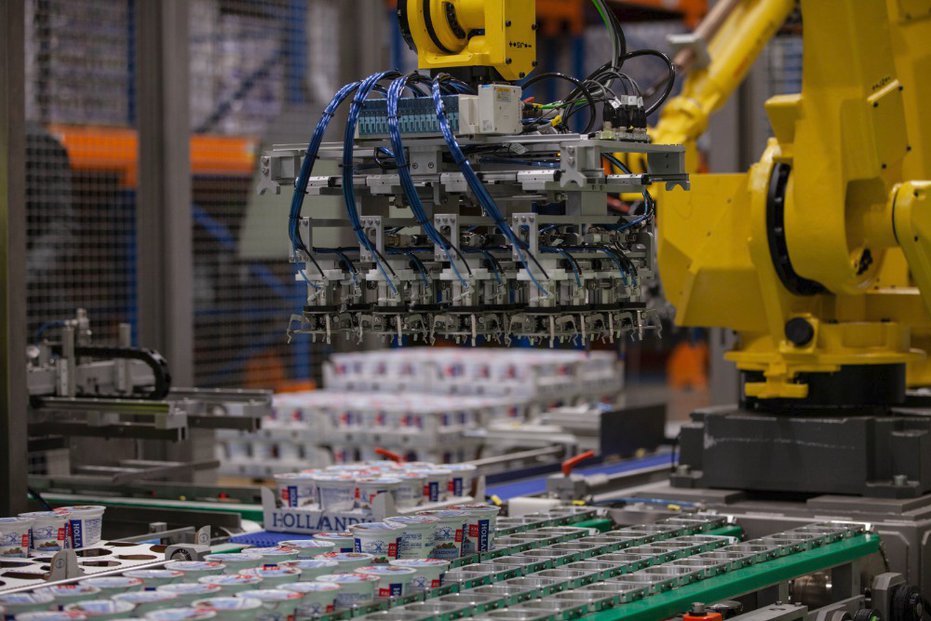 Introducing robots and robotic solutions into the food industry increases production efficiency, but mainly responds to the labor shortage in the sector. Robots are mainly used in the handling of finished products.

Inspiring article on server orobotice.cz describes the entry of robotics into the domestic environment:

Yoghurt producer Hollandia Karlovy Vary decided to modernize its plant in Krasne Udoli and bought a robot that assembles cartons with yoghurt cups on a pallet. Another three robots and a mixing belt were purchased by Hollandia in the warehouse of the proprietary logistics company Hopi in Jažlovice, which is used by the dairy.

“One robot selects the desired flavors as needed, the other mixes the robot and the third places the yogurt products in cartons on the prepared pallet. It is automatically packaged and ready for shipping or storage,” said Hollandie marketing manager Jan Škoda for e15.cz.

The manual way of mixing Hollandia products required 10-12 workers, depending on the size of the goods, in eight-hour shifts for 7 days a week. This work is now being done by robots. The total investment in the project was 16 million crowns with a payback period of five years. That's a real saving, aren't you saying?

Another example is the dairy Madeta, which in 2018 purchased two robots and a filling line for almost 200 million crowns to the plant in Jindřichův Hradec, where they produce Lipánek cream creams.

“The production of grayling, which dates back to 1966, will gradually increase by up to 30% thanks to robotization. The capacity of the hall will be 40,000 cups per hour after modernization, up to 55,000 cups at peak hours” said the plant director Jaroslav Štípek.


How to robotize and choose the right implementer? Our experience in projects of fragile robotic handling, application and verification of labels, rapid handling and almost 30 years in the field of automatic identification speaks for itself.

Get inspired by us!